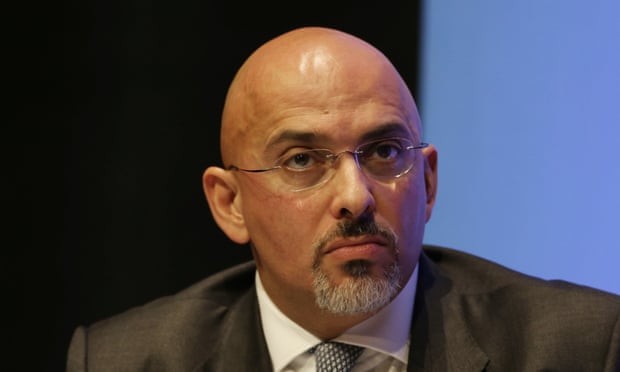 Theresa May has been warned that a long delay to Brexit could deal a fatal blow to the Conservatives, with one minister claiming that participating in the European elections would be a “suicide note” for the party.

The warning came as the government continues intensive talks to find a Brexit compromise with Labour.

The education minister Nadhim Zahawi told BBC Radio 4’s Today programme: “I think it’s important that parliament acts quickly now to decide what it is in favour of. We need to do that quickly because I think going into the EU elections for the Conservative party, or indeed for the Labour party, and telling our constituents why we haven’t been able to deliver Brexit I think would be an existential threat.

“I would go further and say it would be the suicide note of the Conservative party.”

Zahawi said that if Labour and the government failed to find a joint approach, then MPs should be forced to find a compromise through a preferential voting system to find a solution before the European elections.

Hopes of finding a Brexit deal with cross-party support faded on Friday, after Labour claimed May had failed to offer “real change or compromise” during ongoing talks. Labour issued a statement urging May to come forward with “genuine changes” so her deal could finally win support in parliament.

The chancellor, Philip Hammond, has denied the government has any “red lines” in the talks. At a meeting of EU finance ministers in Bucharest on Saturday morning, Hammond said: “We should be open to listen to suggestions that others have made. Some people in the Labour party are making other suggestions to us; of course we have to be prepared to discuss them.

“Our approach to these discussions with Labour is that we have no red lines – we will go into these talks with an open mind and discuss everything with them in a constructive fashion.”

The shadow home secretary, Diane Abbott, said Labour was concerned that the government was not willing to make changes to the political declaration. She told the Today programme: “There’s no question that the mess we are in is Theresa May’s mess, even Tory MPs accept that.

“The Labour party has stepped up, we want to help. We are engaged in these talks in good faith but the government perhaps has to show a little more flexibility than it seems to have done so far.”

Labour has said it wants a customs union, single market alignment, protection of rights and “some kind of people’s vote”. When asked whether any Brexit deal should have a second referendum attached to it, Abbott said: “We are not saying anything definitively but we have a position.” While it “has to be part of the negotiations”, Abbott said “we have not gone into these talks being dogmatic”.

On Friday, May wrote to the European council president, Donald Tusk, asking for Brexit to be delayed until 30 June, while cross-party talks continued. But an extension is not automatic and requires the agreement of all 27 other EU countries, with France one of those most cautious about agreeing to it.