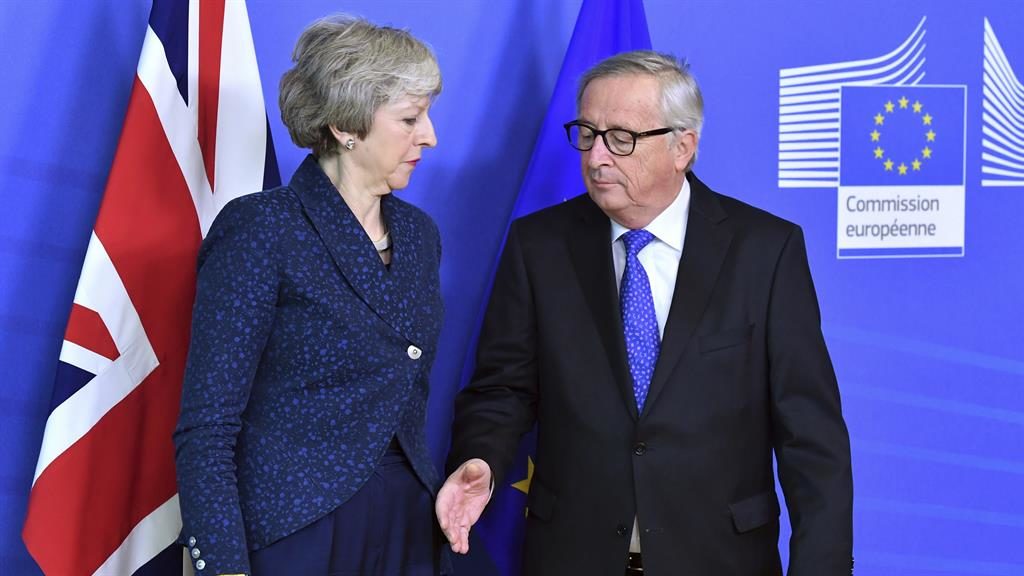 THERESA MAY held ‘robust but constructive’ talks with European Commission president Jean-Claude Juncker as she sought changes to her Brexit deal.

Mr Juncker underlined that the Withdrawal Agreement thrashed out between the EU and Mrs May would not be redrawn, but held open the possibility of adding ‘more ambitious’ wording to a document setting out plans for the future relationship.

The prime minister is holding a series of meetings with EU leaders in Brussels as she seeks changes to the Irish backstop in an effort to get a deal through the House of Commons.

She is expected to put the deal to a vote in the Commons towards the end of February.

Following talks with Mr Juncker, a joint statement said: ‘The discussion was robust but constructive.

‘Despite the challenges, the two leaders agreed that their teams should hold talks as to whether a way through can be found that would gain the broadest possible support in the UK Parliament and respect the guidelines agreed by the European Council.’

Brexit secretary Stephen Barclay and EU chief negotiator Michel Barnier will meet next Monday, while Mr Juncker and Mrs May will have another meeting before the end of the month to take stock of the situation.

Following the talks Mrs May she was determined to deliver Brexit ‘on time’.

She said: ‘What I see and hear from leaders is a desire for us to work together to ensure that we can deliver the UK leaving the European Union with a deal.

‘My work is to deliver Brexit, to deliver it on time and I am going to be negotiating hard in the coming days to do just that.’

In Westminster, Labour leader Jeremy Corbyn wrote to the PM setting out five demands, including joining a customs union, that would need to be met for Labour to back the government on Brexit.

Downing Street confirmed that Mr Corbyn’s letter had been received, and a spokeswoman added: ‘We will reply in due course. Our positions on many of the issues in the letter are well known. Our position on the backstop has not changed.’